The release of the Dark Knight Trilogy forever changed the face of superhero movies. Whilst realistic takes on the genre had been done in the past, Christopher Nolan’s vision introduced moviegoers to a dark and edgy world unlike anything that had been seen before, and in the center was Batman himself, arguably the most popular character from the DC universe. So, are you ready to add mysterious Dark Knight to your collection? 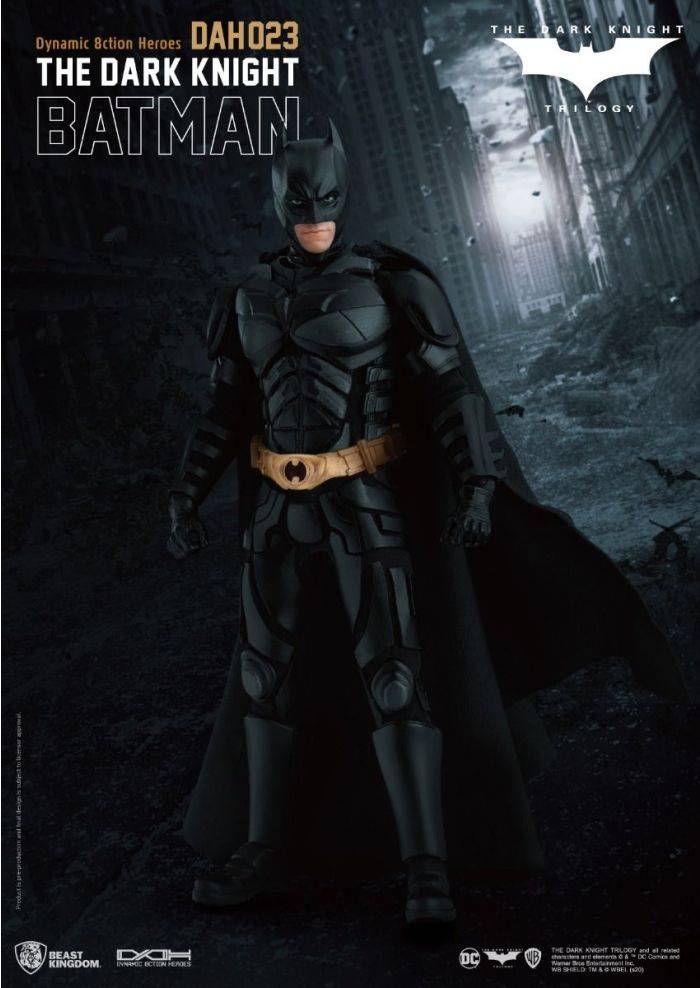 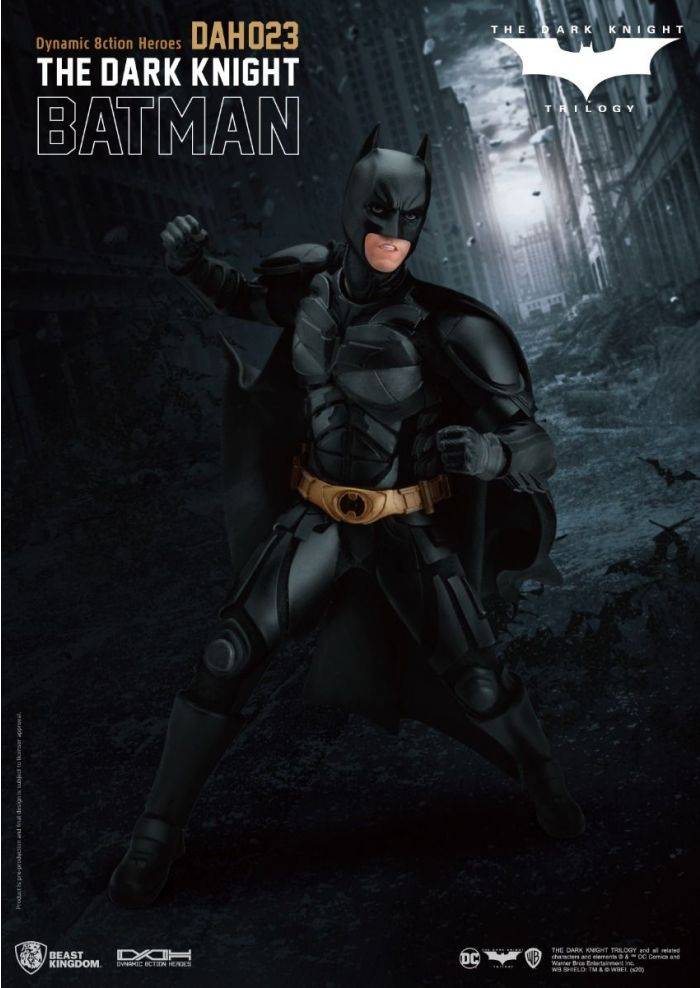 Beast Kingdom’s Entertainment Experience Brand is ready to introduce fans to the latest 1/9 scale, realistic action figure, The DAH (Dynamic 8ction Heroes) Dark Knight Batman. Based on the most popular suite from Christopher Nolan’s seminal trilogy, the suite is the one and only upgrade we see that is first introduced in the second movie. Based in part on a motorcycle suit, and originally designed in the story for tactical warfare, the armor is not only able to move more fluidly than before, it was the first time ever on-screen where Batman was able to fully move his head in the cowl, which finally got rid of the infamous body tilt seen in previous on-screen Batman’s.

The figure itself uses high composite materials to recreate every fine detail down to the texture on the suite and weaponry, and with 26 points of articulation, the Dark Knight DAH is one of the most posable figures yet. In addition to the highly detailed suite, the set includes three replacement mouths, a branded stand with a bracket, as well as five pairs of replacement hands for fans to recreate the most exciting scenes from the films.

In addition, no Batman would dare leave his bat-cave without his set of high-tech weaponry, and this set doesn’t disappoint. One sticky bomb launcher, a grappling gun, bat darts, and a mini smoke bomb all showcase the inventive side of Bruce Wayne’s Batman. Finally with the included ‘glider backpack attachment’ fans are able to recreate the famous skyscraper jump scene that awed moviegoers and is still a staple of modern movie history. So make sure this DAH Dark Knight figure is added to your collection and take home one of the most celebrated superhero characters today!